The Double Life of a College Student

My junior year of college was not spent participating in student organizations or studying in the library or going to college parties. My third year of college was spent working as a professional in the music industry. I just happened to still be in college.

Photo: In the Margin Walker office by Mason Endres

The summer before my junior year, and before I turned 21, I started interning at Margin Walker, an Austin-based concert promotion company. The year following would change my life.

In July I started as a quiet but eager social media intern. By September I was coordinating a VIP giveaway for Sound on Sound, Margin Walker’s music festival, and emailing record labels to collect vinyl. At this point I was pushing more than 15 hours on a weekly basis. I saw opportunities that could be filled, and I was happy to put in extra work to make things happen. I think I managed 25+ hours in the two weeks leading to Sound on Sound Fest, the first weekend of November. After all, festival marketing was my dream job. I would take every chance I had to take advantage of that. And I still can’t believe I accomplished that at 21 years of age.

The more I threw myself into my work and passion, the less and less time I had to spend doing things college students do. I would go directly from class to work, and I remember cramming for exams between helping with the festival. It became a new life.

In January 2017, Margin Walker hired me as their marketing assistant and brought me to meetings with clients, venues, partners and more. It was like the doors to a new world opened up and the spotlight was on me to perform. I quickly learned how to interact in the music world as a professional. I was meeting new people, leading team meetings, coordinating giveaways and artist meet and greets. Suddenly I had a part in the conversation of branding and planning a music festival. It was everything I had dreamed.

I had a new work life and family that I prioritized. All of my classes were scheduled in the morning and I would squeeze in lunch at my apartment before driving to work 20 hours a week, not counting the outside of office hours that the music industry demands.

I no longer saw myself as a college student with a cool internship. I was a fully functioning professional in the music world, who happened to still be in college.

Just over a year after it all began, I said goodbye to Margin Walker to embark on a new part of my life. My senior year of college began with a nine hour flight to London Heathrow Airport, followed by a three hour bus ride to Bristol in the southwest of England, and a slew of zombie-like days (under slept, underfed, dehydrated) running around a new city in a foreign country with people I just met.

I spent three months on an exchange program at University of Bristol. I remember turning 22 two days after I landed, and being too tired to bother going out at midnight with my new flatmates. I remember turning 22 and eating my first full English breakfast with the few acquaintances I could convince to go with me.

I met some Americans. I met some Europeans and South Americans. I became best friends with two Australians, who are both taller than me. I attended class one hour each day. I walked 20 minutes uphill to get to class (but eventually could make it in 12). I did the British things – I ate fish and chips. I socialized at pubs, a lot of pubs. I walked, a lot. And I traveled, a lot. I ran through an airport to catch a bus, just to find an hour-long border patrol line. I ran through a three-level underground station to jump on a train so I wouldn’t miss my flight home from Berlin to Bristol. I hosted a Friendsgiving feast with Americans and foreigners alike. I saw my favorite band play to 10,000 people in London. I threw some elbows in the mosh pit at the gig. I spent an hour getting to my friend’s flat in London at 3 a.m. after said gig. 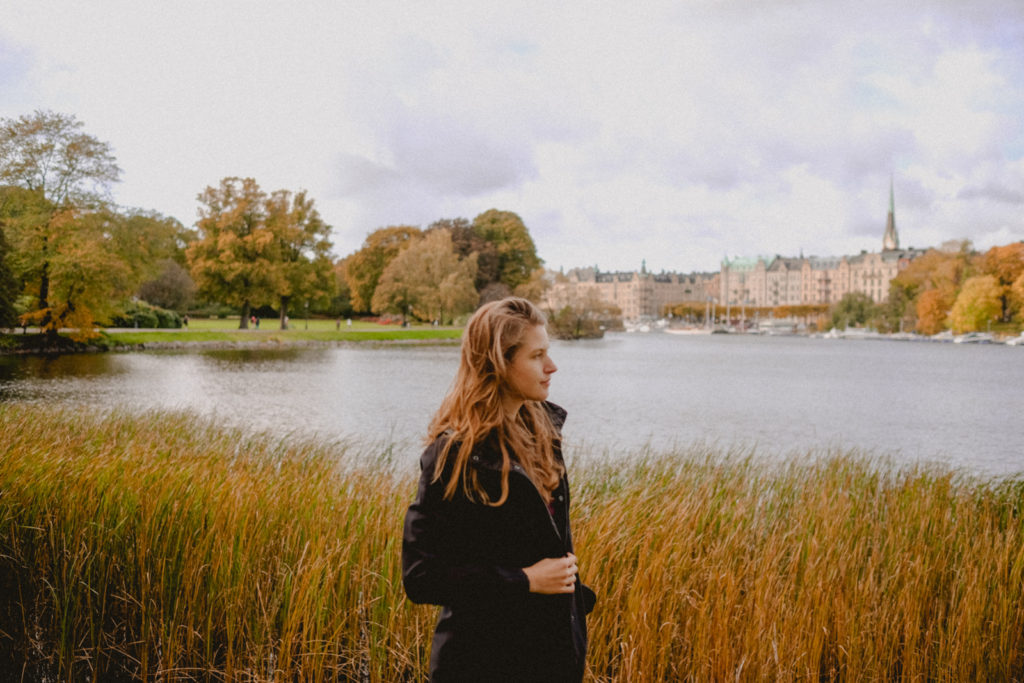 Photo taken in Stockholm, Sweden by my friend and travel partner Olivia.

It felt like three months of extended vacation. Every weekend was something new. Every night was hanging out with my exchange friends because we were all in the same situation. There wasn’t a lot of responsibility. But there was a lot of personal growth. I became close friends very quickly with Olivia from Boston, who was my travel partner and challenged me to reflect on my experiences through many personal conversations. And Katie from Sydney, Australia, who became a little sister to me with shared a love for the health trends and Instagram influencers. And Matt from Perth, Australia, who was always a good laugh and shared a great taste in music.

I had a lot of time to reflect on a lot of really big things that had happened in my recent college years. It was like an alternative life. That’s what study abroad is – there’s never going to be another instance in life where you’re living in a foreign place for a short period of time, with such little responsibility and so many opportunities to do what you please.

After what felt like a blink, 12 weeks, it was time to fly home. This detour in life was over. It is bittersweet saying goodbye to a life you fell in love with, but it was inevitably time to start rebuilding my life in Austin – moving into an apartment, finding an internship, starting my last semester of undergrad.

On December 21, I woke up at 5 a.m. to finish cleaning my flat and turn my keys in. I lugged three suitcases across the street and up the hill to get to the bus station while outside it was dark and misting. (A feat itself to say the least.) Another three hour bus ride. Another trip through Heathrow with time to pick up one final souvenir from the Harrods gift shop in Terminal 5. And there I was on the plane. No one sitting in the seat next to me. Only ten and a half hours till I was home.